Better than fiction: here’s one elected representative who (at least in this instance) is doing his job. . . Plus he even came prepared with some nice visual aids: 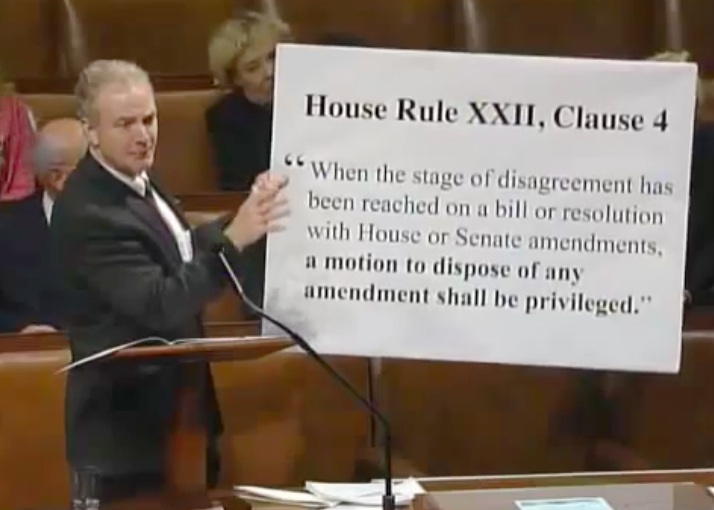 Late in the evening on September 30, 2013, the House Rules Committee Republicans changed the Rules of the House so that the ONLY Member allowed to call up the Senate’s clean CR for a vote was Majority Leader Eric Cantor or his designee — all but guaranteeing the government would shut down a few hours later and would stay shut down. Previously, any Member would have had the right to bring the CR up for a vote. Democracy has been suspended in the House of Representatives.

Join the 3,384 comments since this video went up 2 days ago:
LINK: Video on Chris Van Hollen’s Youtube Channel