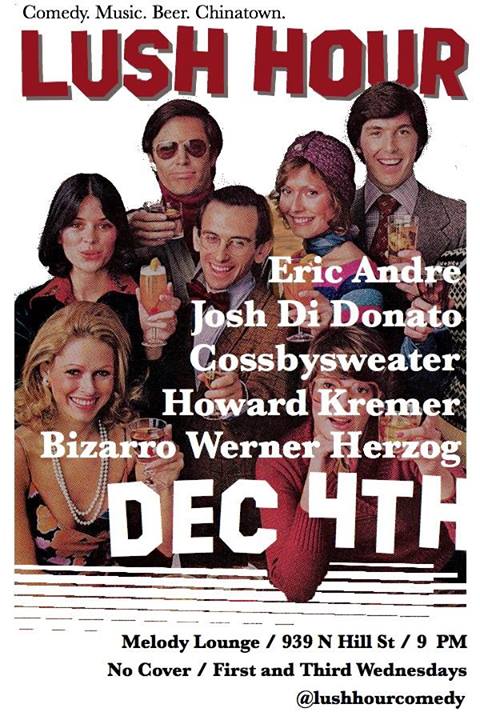 So apparently, this has happened:

Werner Herzog texting while driving documentary “From One Second to the Next” is worth watching. (VIDEO) 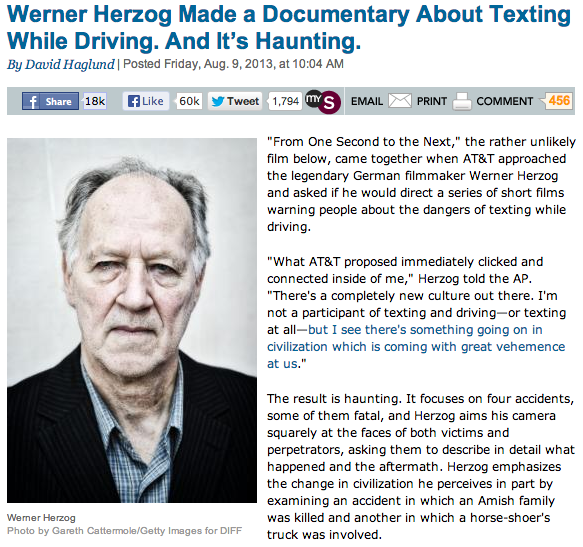 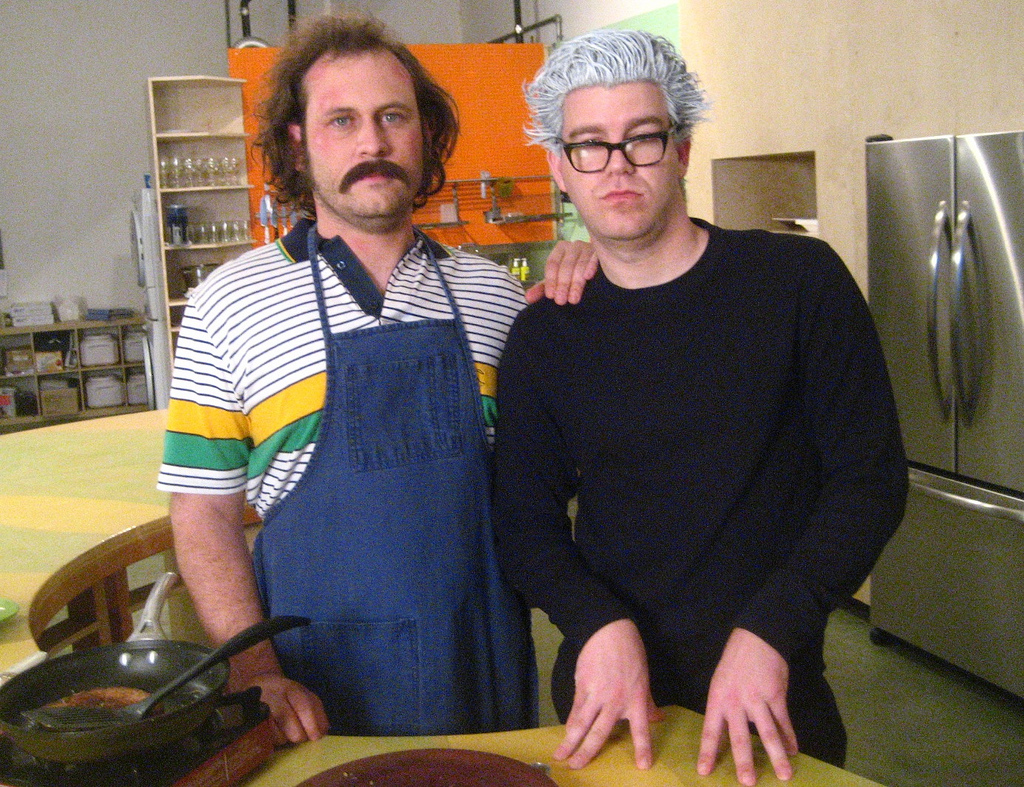 You can view the entire series so far at WernerHerzogEatsTheWorld.com.

Werner Herzog appears on The Tomorrow Show in LA to discuss his next project: a film of Shakespeare’s “Henry V” in which all the actors are birds.

Live Appearance as Werner Herzog from Will Maier on Vimeo.

The Tomorrow Show in Los Angeles is hosted by Ron Lynch at the Steve Allen Theater in Hollywood, every Saturday night at Midnight. This night’s special guest host was Dave Higgins.